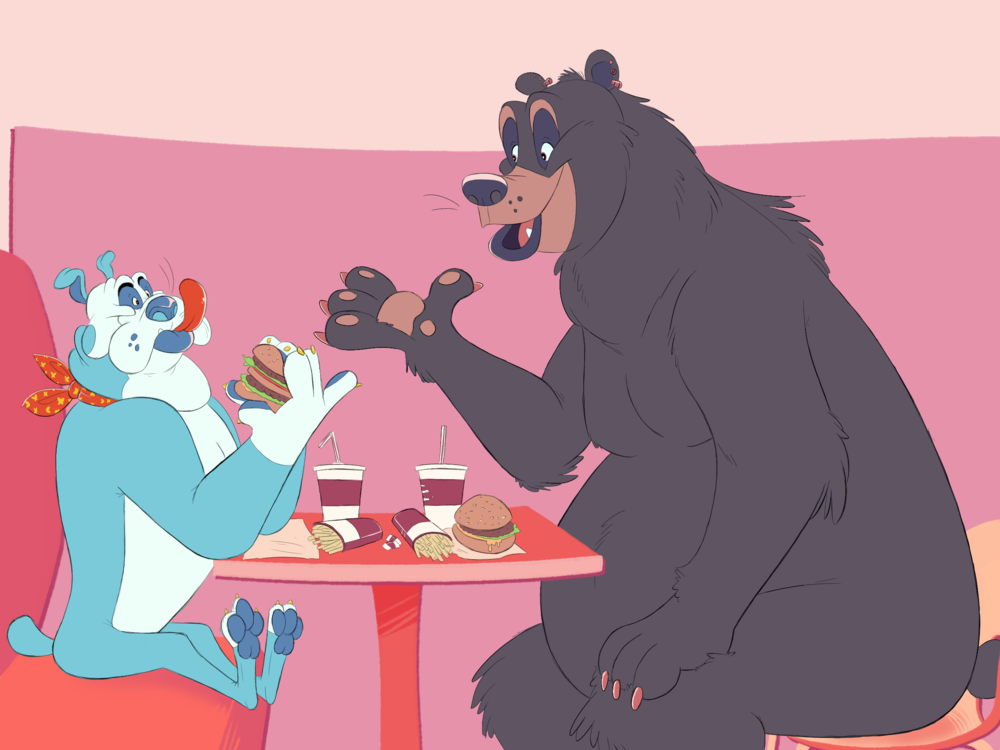 Pronouns
He or they

I'm kinda interested in trying out some games in some franchises I missed as a kid (which is why I picked up a Metroid game a while back) so I've now googled which Mega Man game is good for beginners because goodness there is a lot of those games I wouldn't even know where to start otherwise.

I'm getting very few consistent answers except 2 is apparently the fan fav even if its not the easiest so perhaps I'll go with that just to simplify my life.

This obscure as all hell game mascot apparently has trans solidarity with Sheila from the Spyro franchise.

I've been having a little magical adventure looking up old 3D platformers and feeling pretty bummed that Kazooie is basically the only girl protagonist until A Hat in Time happened but at least Kao is much needed trans rep given he's a dude kangaroo with a pouch.

There aren't many types of bugs I particularly like but these little fellers with the snoots make me smile.

I love this low detail cat model Wikipedia used to try to explain how cats land on their feet.

Do you think it be too dark of a backstory to make it so my fursona was a platforming game mascot back in the late 90s but isn't anymore because their legs and back are too fucked up to jump much anymore?

As a meta comment Dingus' design is like... probably one of my fav toons I've made. He's just a lot more loose and silly than the rest which is an accomplishment if on itself because sphynx cats are a more elegant (and wrinkly) cat breed that doesn't really lend itself well to comedic designs imo.

Wanted to see if Dingus looked good and footwear and I honestly I'm digging it.

A very long while back I made a poll with 3 different anthro characters I wanted to draw and Chica having got 3rd place was the only one I didn't get around to drawing until now.

Unlike most furries my fav iteration of this character is actually the one from the first game and not Toy Chica.

Since my toon anthro world has all normal animals except for dragons (which are an entire branch of life in the story) I decided kobolds are canon as a diminutive subtype of western dragon.

Btw as much as I haven't drawn any yet Eastern style dragons were already canon and its like established that millions of years ago in the fantasy version of Asia a bunch of dragon basically took on a lifestyle similar to otters and that's why they're noodles shaped instead of pear shaped.

Finally remembered I could draw so here's a very early WIP of me attempting to draw a cute cartoony interpretation of one of those haunted robotic abominations from that hit indie video game franchise.

Jokes aside I saw someone was talking about Minecraft in the context of it being a a piece of media that's been around forever and I aged by 6000 years. I keep forgetting there are younger zoomers online today which first proper video game experience ever was Minecraft while mine was probably ya know

Someone: *mentions they ordered a pizza*
Me: *suddenly has a deep spiritual awakening having finally remembered that pizza delivery is a thing I can do when I'm hungry*

I've thought about in the past if I had a youtube account what kind of like video essays I would put on it and honest to god one I'd like to make is about how much I hate Candy Kong's design but the secret intent of it is to dissect the whole strange phenomena which is gendering entire animal species and how basically internalized transmisogyny created what I can only describe as animal bimbofication.

Dingus having really big goofy feet makes me want to give him big goofy shoes.

If I can ever get off my butt and work on art that may be a minor update I'll do to his design.

Its been like 5 years or so and this comic edit from Tumblr still lives rent free in my mind.

My brain just wants to be labeled as human and nothing else ok.

Pronouns
He or they