Been wondering about what chat software that's more suitable for kink spaces might look like, I might do a little thread of long posts about that

But unlike that there are two different kinds of spaces; 'homes' and 'parks'

They work basically the same way in terms of channels, permissions, etc. but homes are linked to individual accounts (you can have more than one home, which is not a sentence I say very often) and only that account can invite people to it.

Parks can change hands, and act more like public spaces. They may have creators, but they don't have a fixed, permanent owner like a home does. This isn't to say they're all publicly viewable servers anyone can join - they can be invite-only and unlisted and stuff - but you can set it up so that more than just the original creator can invite people.

I think a lot of folks want a space that's just for them and their friends, but a group DM lacks a lot of the features and structure that you get out of like, a proper space. Group DMs are built out of contextualizing private chat as one-on-one, which isn't super helpful imo

Beyond that I think individual hosts (whoever is hosting the chat software) would be able to set defaults / requirements for homes and parks separately. I.E. 'your park must meet these conditions in order to be listed on the public list of spaces'

The difference is mostly conceptual, but important, I think. This way, people who want the structure of other digital spaces in a private, personal context, without the work of building a community, have a quick and easy way to do that, while people making open spaces are more explicitly encouraged to think about how their space should handle strangers (relative to themselves, and their users) 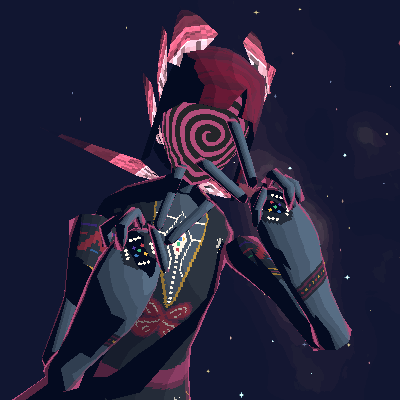 @HabitEXE This sounds very rad. Taking the time to think about how the software affects and influences cultural norms in spaces is important imo